WHAT’S WRONG WITH AI? TRY ASKING A HUMAN BEING

OECD FORUM 2018 - RESKILLING: HOW DIFFICULT IS IT?

CAREERS GUIDANCE AND ACCESS FOR EDUCATION AND TRAINING PROVIDERS

WHAT’S WRONG WITH AI? TRY ASKING A HUMAN BEING 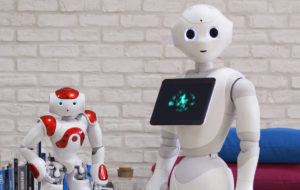 I read a great article in The Observer (14.10.18) written by Kenan Malik (Twiitter: @kenanmalik) who explains “Amazon has apparently abandoned an AI system aimed at automating its recruitment process. The system gave job candidates scores ranging from one to five stars, a bit like the Amazon website.”

“The trouble was, the program tended to give five stars to men and one star to women. According to Reuters, it “penalised résumés that included the work “women’s” as in ‘women’s chess club captain” and marked down applicants that attended women-only colleges. It wasn’t that the programme was malevolently misogynistic. Rather, like all AI programs, it had to be “trained” by being fed data about what constituted good results. Amazon, naturally, fd it with details of its own recruitment programme over the previous 10 years. Most of the applicants had been men, as had most recruits. What the program learned was that men not women were good candidates.”

Kenan Malik goes on to explain “All this should teach us three things. First, the issue here is not to do with AI itself, but with social practices. The biases are in real life.Second, the problem with AI arises when we think of machines as being objective. A machine is only as good as the humans programming it. And third, while there are many circumstances in which machines are better, especially where speed is paramount, humans can judge social context in a way no machine can. We may be slow and fallible, but we alsohave a sense of right and wrong and social means of challenging bias and injustice. We should never depreciate that.” (p. 13 – The Observer 14.10.18)

This makes me think about personalised, impartial and independent careers support for young people and adults. We must embrace AI but makes sure the programmer(s) don’t overlook key facts such as women’s career opportunities and keep an watch on Call Centres operating in the careers information, advice and guidance space!

Keen to hear your views!