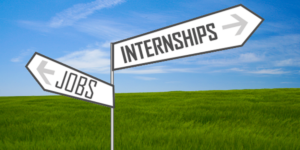 A Sutton Trust report highlighted “One in four who work for MPs and peers in Westminster got job through personal connection.”

As reported in the Independent Education News –

More than a quarter of staff members that work for MPs and peers in Westminster got their job through personal connections, a new report has revealed.

Almost a third (31 per cent) of Westminster staffers completed unpaid work and a fifth (19 per cent) of these placements lasted longer than six months, research from Sutton Trust shows.

Only half (51 per cent) of these employees found their role through an advert – and more than a quarter (26 per cent) found their job through a personal connection, the report says.

The report  warns that unpaid internships and the use of personal networks “lock out young people from low and middle-income backgrounds” who lack the wealth or connections to get into the profession.

The research, based on surveys of graduates, employers and members of staff in MPs and peers’ offices, also reveals that a quarter of all graduates (26 per cent) have done an unpaid internship.

In prestigious industries, such as media and the arts – including fashion, theatre and TV – up to 86 per cent of internships on offer are unpaid.

And graduate internships appear to be on the rise, the research finds, with 46 per cent of 21-23 year olds having done one, compared to 37 per cent of 27-29 year olds.

Younger graduates are also more likely to have taken on more than one internship. According to the report, there are around 100,000 interns working in Britain every year, with around 58,000 unpaid.

Commenting on the figures revealing that a quarter of Westminster employees secured their job through personal connections, Sir Peter Lampl, founder of the Sutton Trust, said: “This prevents young people without the same networks from accessing jobs and getting the experience they need.

“This is a major social mobility issue. To address it, job selection in Westminster should be based solely on merit.”