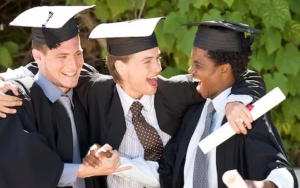 In today’s Independent it has been reported that more than 130,000 men are enrolling on university courses each year that leave them worse off in future earnings early in their careers than non-graduates as revealed in a new report by the Institute for Fiscal Studies (IFS).

Male students studying one of seven university subjects – creative arts, English, philosophy, agriculture, communications, psychology and languages – earn less at the age of 29, on average, than their peers who opted to avoid higher education altogether.

The report also found that around one in three male students attend an institution that will give them no significant advantage in terms of salary over their non-university-attending peers.

The universities concerned are not named in the report, but are set to become identifiable when the government releases the full data upon which it is based later today.

However, it is known there are a number of higher education institutions – 12 for men and two for women – that actually decrease the earning power of their attendees at age 29.

The findings come as the universities minister warned institutions that failed to boost graduates’ earning potential faced being forced to axe courses or even losing their ability to operate.

Sam Gyimah said: “There are a clutch of courses at certain universities that are not delivering the financial outcomes for students.

“I think what we can do is have a relentless focus on quality and that is something in which the Office for Students (OfS) has a significant role to play.”

The minister said the OfS, the higher education regulator, has been charged with cracking down on courses that do not offer value for money – and added it has already called on Bolton University and London Metropolitan University to raise the standard of jobs their graduates go on to do.

The OfS conditions of registration state universities “must deliver successful outcomes for all… students, which are recognised and valued by employers, and/or enable further study”.

Overall, 85 per cent of all students attend an institution that by age 29 is providing a significant boost to income – but this is only the case for around two-thirds of male students, the IFS found.

One university in the Russell Group, which represents the most selective universities in the UK, makes no positive returns for male attendees, the data shows.

Chris Belfield, a research economist at the IFS and co-author of the report, said: “Overall, women have lower earnings growth than men. So the (economic) returns for a woman in going to university are relatively bigger than they are for men.”

Men without a Science, Technology, Engineering and Mathematics (STEM) A-level, with lower prior attainment, receive even lower returns from attending university – only a 4 per cent increase in their earnings compared to peers who did not attend university.

This group is more likely to take lower-returning subjects on average, end up earning less money when they study the same subject, and study at lower-status universities.

In 2016-17, just over 128,000 male students enrolled in creative arts, English, philosophy, agriculture, communications and languages – among the seven lowest-returning subjects. The number of male psychology students was not available from the Higher Education Statistics Agency.

The earnings calculations were made by looking at the earnings of graduates from the middle 50 per cent of institutions – those in the 25th to the 75th percentile.

The report also highlights great variation between courses at universities. For example, men who study economics at the highest-returning institution see their earnings almost doubled – but at the lowest-returning university, the earnings for male graduates are reduced by 23 per cent.

Mr Gyimah has called on the OfS to do more to expose the university courses that do not deliver value. He said: “We have got to put that out there so prospective students know – and to force the university to actually delist that course, or actually improve the course.”

“I believe that transparency is the best disinfectant here,” he added.

The minister said universities need to deliver courses that are employer-focused and recognised by the industry. “We have got to improve the quality of the university offering so that it delivers for students who are investing a significant amount of money into their education,” he said.

A spokesperson for the National Union of Students (NUS) said: “There is a danger that, amidst calls for greater transparency in how fee income is spent, the ‘value’ of a degree is reduced to solely individual financial outcomes. It risks neglecting the other substantial benefits that a university education can give to both the student and society.”

They added: “Some of our greatest institutions – such as Guildhall School of Music and Drama – attract the lowest financial return. This is because an arts career attracts a lower salary, not because of the quality of the university’s teaching. I find it hard to believe that anybody could argue that an institution that gave the world actors such as Daniel Craig and Jodie Whittaker is failing it’s students.

“The government has already moved the burden of fee income entirely onto the individual student, and now is threatening to limit the opportunities for young people to add to Britain’s rich cultural and artistic heritage by falsely conflating what a student earns with the value of their education to both themselves and society as a whole.”