STATE OF THE NATION REPORT: SOCIAL MOBILITY IN THE UK ‘VIRTUALLY STAGNANT’

STATE OF THE NATION REPORT: SOCIAL MOBILITY IN THE UK ‘VIRTUALLY STAGNANT’ 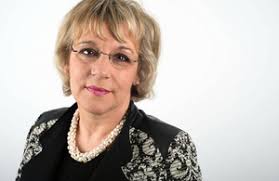 HOT OFF THE PRESS:

The BBC sets out key findings from the Social Mobility Commission which warns inequality will remain entrenched in the UK “from birth to work” unless the government takes urgent action.

It is calling on ministers to provide additional funding for older teenagers in education and to extend free childcare to more low income families.

The government said it would take the recommendations seriously.

The findings will come as a setback to Theresa May who promised to tackle the “burning injustice” of social inequality when she entered Downing Street in 2016.

However, the following year all of the commissioners on the Social Mobility Commission – set up in 2010 to monitor and promote social mobility – resigned, saying the government was too focused on Brexit to deal with creating a fairer Britain.

Dame Martina Milburn, who has since been appointed as the new chairwoman, said she sensed there was now “a real commitment” from the government.

However, she said the biggest concern was not stagnation but that the problem might actually get worse.

“There’s still a big shift – if you want to be socially mobile – towards London,” she told BBC Radio Four’s Today programme.

Education Secretary Damian Hinds said he welcomed the “thorough” report – the first since the new commissioners were appointed – but stopped short of saying the government would adopt all of its recommendations.

He told the Today programme that social mobility was “a very difficult thing to move” but he was now focused on improving prospects for the generation currently coming through school.

The BBC indicates “the report found those from better-off backgrounds were almost 80% more likely to be in a professional job than their working class peers.

It said the proportion of people from professional backgrounds who were in professional jobs was 60% last year.

In contrast, only 34% of those from working class backgrounds had professional jobs last year. And both figures had changed only slightly over the past four years.

“Being born privileged means you are likely to remain privileged,” said Dame Martina, who is also chief executive of the Prince’s Trust.

“But being born disadvantaged means you may have to overcome a series of barriers to ensure you and your children are not stuck in the same trap.”

The commission said an increasing number of students from low-income families were entering university by the age of 19. That proportion has now reached 26%, compared with 43% of better-off peers.

But five years after graduating, those graduates who had been on free school meals at school were in jobs that earned 11.5% less than other graduates, the report said.

The report found barriers to getting a top job were there from the start – about a half (52%) of disadvantaged teenagers leave school without basic qualifications and many get stuck in low-paid work.

Adult education could help to redress that, said the report, but almost all forms of adult education have been in decline since 2010.

One route to a better-paid job was to move to another part of the country but those from professional backgrounds were more likely to make such a move, the report said.

There were also longer-term concerns that divisions could worsen as low-paid and low-skilled jobs were more likely to become automated in the future.

The education secretary said employment had risen in every UK region under this government, wages were outstripping inflation, the gap between disadvantaged pupils and their peers has narrowed and the proportion of 16 and 17-year-olds in education or apprenticeships was at its highest ever.

Dr John Goldthorpe, from the University of Oxford, said social mobility can be both upward and downward – and the rate of downward mobility is rising.

“For young people today, the objective chances of upward mobility are less than they were for their parents or grandparents,” said Dr Goldthorpe, who co-wrote the book Social Mobility and Education in Britain.

Do you feel you have overcome social inequality? Have you encountered barriers that have been insurmountable? If you’d like to share your experience you can get in touch by emailing [email protected].

Please include a contact number if you are willing to speak to a BBC journalist. You can also contact us in the following ways: