FUNDING FOR CAREERS PROVISION IN ENGLAND'S SCHOOLS: IN SERIOUS DECLINE 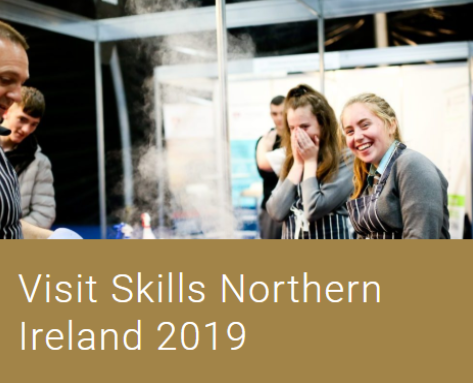 Sponsored by the Edge Foundation, a major Education and Business Breakfast Meeting took place on 20/11/19 bringing  together leading educationalists, employers and policymakers from across N.Ireland to explore how best to reduce Northern Ireland’s skills gaps and skills mismatch.

The Business Breakfast also included this year’s research findings on “Young people in N. Ireland: Their perceptions of careers, choices and future prospects” by Dr Deirdre Hughes and sponsored by City & Guilds Of London.

50% of respondents are female and 48% are male and 2% preferred not to specify their gender.

Some selected examples of findings – refer to the Executive Summary and Report for a more detailed overview.

Top ten career preferences: Engineering as identified by 9% (n=84), followed by teaching 7.5% (n=70) and nursing with 5% (n=46); others opted to work in medicine 4.5% (42), some chose hair dresser/beauty therapist and the same number selected working in the legal profession as barrister or lawyer 4% (37) of young people. IT technician or software engineer was the next most popular choice followed by the building trades plumbing, electrician and/or builder.

This year, careers in food and hospitality and social care featured only in a few of the responses. 4.5% (n=42) said they were either “unsure”, “don’t know”, “undecided”, or plan to do “something”.

• 52% (n = 477) of respondents stated that “the variety and interest in the job” is what influences them most in their career choices. 32% (n=300) identified “salaries” as the next important factor and 30% (n=275) indicated they valued “doing something that helps others”.

Copies of the ppt slide presentations