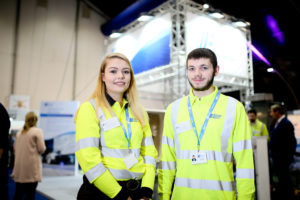 This 2017  major was designed to be a highly innovative, interactive and inspiring two day event,  which took place at the Titanic Exhibition Centre, Belfast. in 2017. The event was aimed at 14-19 year olds and the teachers, parents and influencers that help them decide how to achieve the career of their dreams. The Deputy Major of Belfast formally opened the event and lots of images show young people engaging in career dialogue with many of the exhibitors. Deirdre Hughes delivered a keynote at a business breakfast meeting held in Belfast Metropolitan College.

The event was very well received with plans for an event bigger event in 2018. For more details and/or to get involved contact: