HOW USEFUL IS THE CONCEPT OF SKILLS MISMATCH?

FUTURE OF WORK AND SKILLS

HOW USEFUL IS THE CONCEPT OF SKILLS MISMATCH? 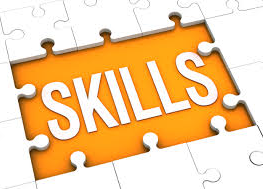 The term skill mismatch is very broad and can relate to many forms of labour market friction, including vertical mismatch, skill gaps, skill shortages, field of study (horizontal) mismatch and skill obsolescence. This discussion paper (May 2017) written by Seamus McGuinness ESRI and IZA, Konstantinos Pouliakas Cedefop, University of Aberdeen and IZA and  Paul Redmond ESRI and published by the  I Z A Institute of Labour Economics provides a clear overview of each concept and discusses the measurement and inter-relatedness of different forms of mismatch.

It presents a comprehensive analysis of the current position of the literature on skills mismatch and highlight areas which are relatively underdeveloped and may warrant further research. Using data from the European Skills and Jobs Survey, they  assess the incidence of various combinations of skills mismatch across the EU. Finally, the paper reviews the European Commission’s country specific recommendations and find that skills mismatch, when referring to under-utilised human capital in the form of over education and skills underutilisation, receives little policy attention. In cases where skills mismatch forms part of policy recommendations, the policy advice is either vague or addresses the areas of mismatch for which there is the least available evidence.

“The majority of research on skill mismatch focuses on surplus human capital, namely overeducation and overskilling. The evidence indicates that this imposes costs on overeducated workers in the form of lower wages and lower job satisfaction, relative to individuals with equivalent levels of education in matched employment. Overeducated workers are found to earn a premium relative to matched workers doing the same job, i.e. with lower levels of education, suggesting that individuals do manage to raise the productivity levels of jobs for which they are overqualified (for reviews see McGuinness, 2006, Quintini 2011 and Cedefop, 2015a).

In my opinion, this is a good literature review and guide for students in their journey to better understand the concept of skills mismatch – worth a read!