EDUCATION COMPANY PEARSON LAUNCHES A COMMISSION ON SUSTAINABLE LEARNING FOR LIFE, WORK AND A CHANGING ECONOMY 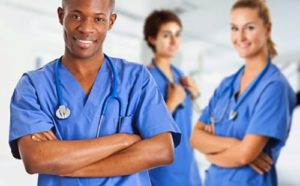 The Education Committee is to question employers, universities and nursing professionals on nursing degree apprenticeships, their role in promoting social justice and what can be done to allow more people to take part in the scheme.

The session will focus on how nursing degree apprenticeships are currently working as well as reasons behind the low level of take up since the scheme was announced in 2016. It will also look at how the apprenticeship levy could be used differently to support more apprenticeships and how to ensure people unable to study full-time undergraduate degrees can become nurse apprentices.

A second session is due to be held with the Health Minister and Apprenticeships and Skills Minister before the summer recess.

Tuesday 5 June, Committee Room 16, Palace of Westminster at 10.15am

The session will be broadcast on Parliament Live.