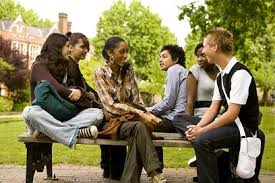 The Office for National Statistics (ONS)  is undertaking some interesting work to help young people compare how they are doing compared to other young people. I can’t help wonder what might happen if a young person gets a very negative result? Depression, despair or disillusionment….or euphoria?

https://www.ons.gov.uk/peoplepopulationandcommunity/personalandhouseholdfinances/incomeandwealth/articles/howwellareyoudoingcomparedwithotheryoungpeople/2018-10-04
It states…It can be difficult for young people to achieve financial stability in their 20s, new analysis has shown.Those aged 22 to 29 years have become less likely to own a home, with the proportion of homeowners having fallen by 10 percentage points between 2008 and 2017 – from 37% to 27%1.

Clearly, not all young people face the same financial pressures.

Much depends on where people sit on the earnings scale. The highest earning 10% of 22- to 29-year-olds were paid at least 4.3 times as much per week as the lowest earners in 20172.

How does your financial situation compare? Use our calculator to find out how your earnings, savings and debt stack up relative to your peers.