DREAM JOBS? TEENAGERS' CAREER ASPIRATIONS AND THE FUTURE OF WORK 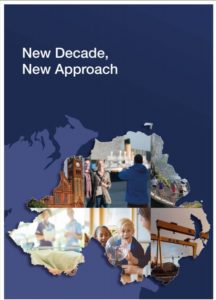 The Secretary of State for Northern Ireland and Tánaiste have published the text of a deal to restore devolved government in Northern Ireland, exactly three years after the Assembly collapsed. The time has come for the N.I Assembly to re-establish itself and focus on the issue that really matter to N.Ireland citizens.

“In support of both economic and educational objectives, the Executive will develop an enhanced approach to careers advice, curriculum, training and apprenticeships to enhance employability and support economic growth.” (p.9) and (p40).

Transforming Public Services and Investing in the Economy