SKILLS ON THE MOVE: MIGRANTS IN THE SURVEY OF ADULT SKILLS (OECD) 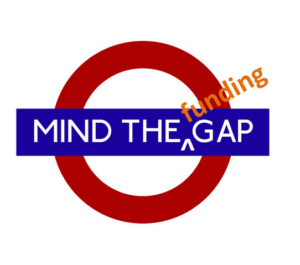 This Education Select Committee oral evidence session is worth a read. It sets out the key challenges facing schools, sixth forms and colleges when it comes to funding and sustainability.

“Lucy Powell: Just finally on this point about the resits, and I will bring you in as well here, Emily. You talked about the costs of the resits, which is enormous, and I think it is the main thing post-16 would tell us about, but given its comparable outcomes in terms of who passes GCSEs in the first place—so you have a chart like that and every year only 50% or 60% of children are going to pass it—obviously there are some children who, by definition, have to fail. Do you think this policy of constantly having to resit maths and English is delivering the outcomes that young people need anyway?

In my college there were about 100 students who, based on last year’s pass mark, would have passed their GCSE maths and English at a grade 4 but the pass mark moved up, they missed it by one or two marks and they are condemned to resit it again. This cannot be the sensible policy. Surely it should be more like a driving test or a criterion referenced where students need to get the right skills and if they can acquire those right skills they pass. To have a floating pass mark seems to me just deeply unfair.

Emily Chapman, Vice President for Further Education, National Union of Students: I would agree from a student point of view with that. I have spoken to students up and down the country who have been forced to resit their maths and English because they have failed. By the time you try round 2, you fail; try round 3, they don’t feel like they have achieved anything. It demoralises them when it comes to education because if it feels like they are being forced to do something that is not the point of education.

We are trying to teach the students, I fully accept that point, but we need to make it in a way that is right for the learner, an investment in the learner and their future, because forcing them and carrying on and carrying on, why would they want to continue on to an apprentice or a university course after that?”

Emily Chapman, Vice President for Further Education, National Union of Students: “There needs to be a universal careers service to look at key points of any learner’s education, that includes adult learners coming in to upskill and the 16 to 19 year-olds. The Augar review will be something that will be looked at by them quite heavily as well.

The other thing that I would bring into this would be student support, so learner support, because it is the first thing that goes when you have mental health services, careers guidance and just general support in the college because colleges are having to go to charities to be able to fund anything outside the classroom. For me, if we are doing that we have a very big problem. We are not giving students the all round education. Yes, it is about the curriculum, and I can fully appreciate that, but what about that enrichment, that civic engagement and also small things like learning how to pay your council tax, learning what it is to be a citizen, to be able to vote and things like that? It is not seen in colleges, maybe that should be in schools as well. That is another point probably to discuss. Colleges with student unions and things like that are very vital for that.

That would lead me to my third point, which would be investment in the student voice and infrastructure to support that engagement.”

Q22            Chair: When you say universal careers service, in a nutshell because we have so much to go through, how would that work in practice and want funding mechanisms would it have? Would it link up with other bodies?

Emily Chapman: I don’t have the answer for that. We have a session next week at our event called Festival, where we have the most FE leaders in one place, where we are going to be talking about FE funding and those kinds of answers.

There is a £760 per student shortfall between the funding that Sixth Form Colleges receive and the amount they need to educate their students according to a report published today.

The report Understanding the funding shortfall in sixth form education was produced by London Economics on behalf of the Sixth Form Colleges Association. It shows the dramatic impact of the government freeze on sixth form funding combined with a sharp increase in running costs. The report found that:

“It is now well understood that sixth form education has experienced deeper funding cuts since 2010 than any other phase of education. But until the publication of today’s report, the impact of cost increases has been less well understood. The debate about sixth form funding now needs to move from how much funding has been cut, to how much funding is actually needed to provide the sort of high quality, internationally-competitive education that our young people deserve.

“We now have a minimum figure – £760 per student – but this will need to increase by a further £140 per student if the government does not fully fund the proposed increase in employer contributions to the Teachers’ Pension Scheme. We will launch the Raise the Rate campaign later this month in partnership with a range of other school and college associations to help secure a significant increase in the funding rate for sixth form students in next year’s spending review”.

Maike Halterbeck, an Associate Director at London Economics and primary author of the report said:

“The ongoing cuts to sixth form education have caused a significant reduction in the resources available for front-line teaching activity. This has resulted in a narrowing of the curriculum on offer – and a narrowing of the opportunities available to more than 150,000 young people. Significant additional financial resources should be provided to properly fund young people’s education and provide them with an internationally competitive sixth form curriculum.”

Employer contributions to the Teachers’ Pension Scheme will increase from September 2019 – early indications are that this will be from 16.48% to 23.6%. Although it is likely the government will meet the cost of the increase in 2019/20, decisions beyond that point will depend on the outcome of the spending review.

London Economics is one of Europe’s leading specialist economics and policy consultancies. Providing independent world-class research in finance and economics, LE advise a wide range public and private sector clients across the United Kingdom and beyond on a vast range of issues involving education and labour market economics.