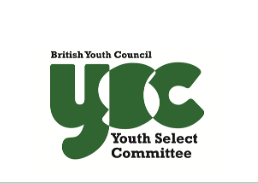 Schools Week have reported that the government has been urged to commission an independent review into whether the Careers and Enterprise Company is doing a good job helping poorer students get work experience.

This comes after the Commons youth select committee, run by the British Youth Council charity, has also said Ofsted should inspect provision that is funded by the CEC to check on its quality.

The organisation, which came under fire from MPs in May for spending almost £1 million on research and not frontline careers advice, is set to face the education select committee for a second time on Wednesday.

Now, the ‘Realising the potential of work experience’ report, which reviewed 50 submissions of written evidence and two days of oral evidence, has warned of the “patchy and unequal nature” of students’ access to work experience.

The youth select committee called on the DfE to commission an independent review of the CEC’s impact on helping the most disadvantaged students to access good work experience roles.

The CEC – which has been given more than £40 million funding from the government – has previously been criticised for a lack of evidence over its impact. It led to MPs blasting chair Christine Hodgson earlier this year when she admitted £900,000 had been spent on research since it was set up in 2015, despite it not being a think tank.

That, and a confusing staff structure, led one critic to call the organisation an “overbloated quango”.